I was happily sitting near a tree and watching how time flies.

Suddenly, I saw a strange man.

He was walking and carrying a sack. If you listen accurately, you can hear a sack’s sound. I heard laughings sound.

He was a smile thief and he was carrying a sack full of smiles. I ran to catch him and ask him: how do you steal smiles?

But he ignored me and continued on his way. I  blocked his way and shouted: what the fuck are you doing?

But again he continued on his way.

I asked myself: why doesn't he care about me?

So, I shouted: bastard! Why don't you see me?

He just laughed and continued on his way.

I was getting mad.

Why he is so relaxed??

While he was walking and singing a song, I punched him and said:

I really want to know, how and why do you steal smiles?

Suddenly, I saw my smile in his hand, he put it in his sack an said: See, this way!

From then to now, I have been a man with no smile!

Three years ago, when I was driving down the Shariati street and watching other cars and drivers.
down the road, there was a roundabout.
Suddenly
I saw a gorgeous girl. she had blond hair, blue eyes and she was slim and in a good figure. In addition, she was driving x6 and she was going up in Shariati.
come on, Do you know how much it worths?
She was really cute.
Her car had a blue Vehicle registration plate. it means that it was a diplomatic car. Maybe she was from Britain or somewhere like that.
Logically, I fell in love with her.
Come on, I could have gone to Britain with her.
But
She wanted to turn down in the roundabout .meanwhile,  I was just dreaming about her.
What should I do?
If I had pushed the break, I wouldn’t have seen her again.
If I hadn’t done that, I would have had an accident
It was a big and hard decision.
To be honest, I didn't do anything
However, I was just watching her and going toward her car! She handled her car very well and I wasn't successful to have an accident with her.
Then she came near to my car and said:” be careful my darling😉” and left.
She left and due to my decision, I am not happy. If I have an opportunity to go back, I will push the gas pedal and will slip to that soft Britain angle hug straightly. 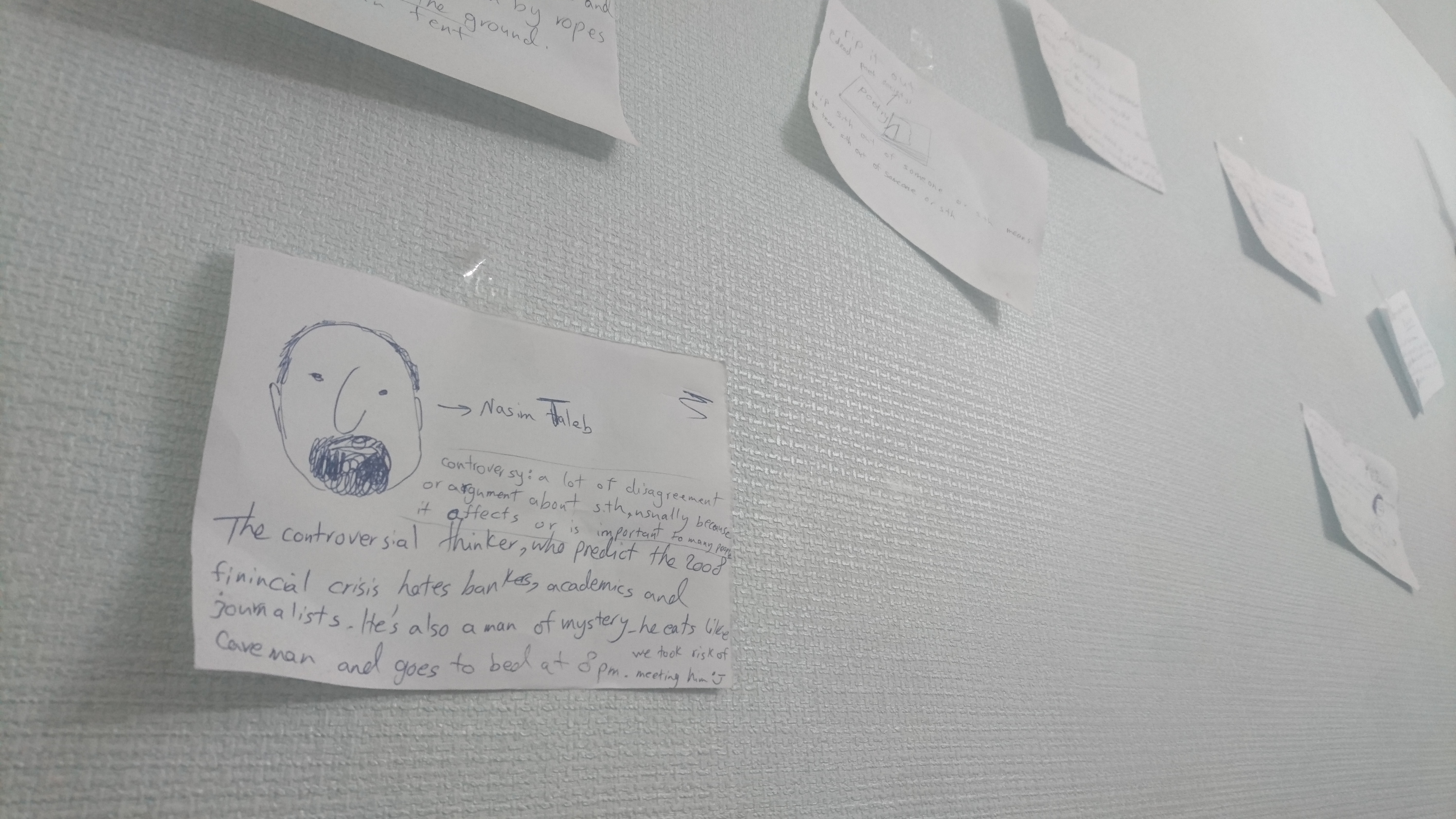 If you want to know about me and what I'm  doing here,I must say: I'm good. Most  of the times, I'm resting on my couch out of my home, infront of the lake and I'm watching birds flying.

What are you doing my friend? Are you still working dawn to dusk to have on average life?

If you ask me,yes, I have a job here and I have to be there for 8 hours! But I don't have anything to do and most of the time, I read books or watch movies.

Oh,my friend,have you ever heard about hawaii island's interests?

I went there two weeks ago.

You know my friend,it was great.

Jungle and sea collaborate to make a fabulous view.

But,I want to tell you an important truth!

In hawaii,when I was walking in the jungle, I slid and I fell in to the valley!

To be honest! I died that day!

I think,just dead people can say:

I am resting on the couch and seeing lake and ... .

But I don't work and everything is happy and etc.

If you want to rest on the couch and see lake

Hell, the couch infront of the melting lake!

Maryam, don't care about us 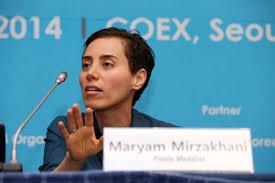 Yesterday, strange news spread all over the media world.

who was the first woman to win the coveted Fields Medal

In my opinion, it's normal to be shocked! Because she was just 40!

She was young and I think everyone all over the world after they heard this news was shocked and depressed.

I'm going to tell you some unrelated points

One of my teachers , Mohammad Reza Shabanali , was Mirzakhani's classmate when they were in summer Olympiad center campus. Mohammad Reza said: "she was really different with us! Boys talked about her and made polite jokes about her and laughed at her!"

Because she was ugly those days! But we heard, she was talented and she could solve questions faster and better than others!

Mohammad Reza said: "one day, when she wasn't in the yard (I guess she was reading book) and most of the students (like me!) were in the yard, suddenly a truck came in (blue Nissan) and if Mr.Tavala (gardener) hadn't pushed us away, we would have had an accident with blue Nissan.

Then, Mr.Tavala said to us:" protect yourself ! you think, you are talent and important. But we don't care you! You will be part of achievement statistics!

You must protect yourself."

After Maryam Mirzakhani passed away, a large group of condolence messages came from everyone , politicians , artists , journalists and others people!

But you know, they don't know anything about Marayam and her work!

If you ask people what Maryam Mirzakhani's research was about,

they can't say anything! Because they just say whatever most of the people talk about! What do you think about someone who talks about sth he/she doesn't know anything about!  Isn't she/he a fool?!

Until two or three days ago , no one knew about her cancer problem .

She didn't like her life to be shown on media!

But these days! Every one, all over the country  is a talent supporter!

But I want to talk with you ,Maryam!

I want to say to your soul

If we knew you researched on Symmetry of Curved Surfaces,we couldn't even guess what it was!

Because no one (at least most of the people) in this country even understand how hard it could be to be a successful  person from a third-world country! And you weren't a typical third-world person! You were a woman and no one would imagine how hard it would be !

Because nobody protects talented people! You're part of our statistics.

And don't think, if you were still alive, we would be happy!

We have someone like Iman Eftekhari in mathematics, and you know better than me who he is.

He is still in Iran and alive

But no one supports him!

He must protect himself.

you would care about us

because of the kids who you are a heroine for ! 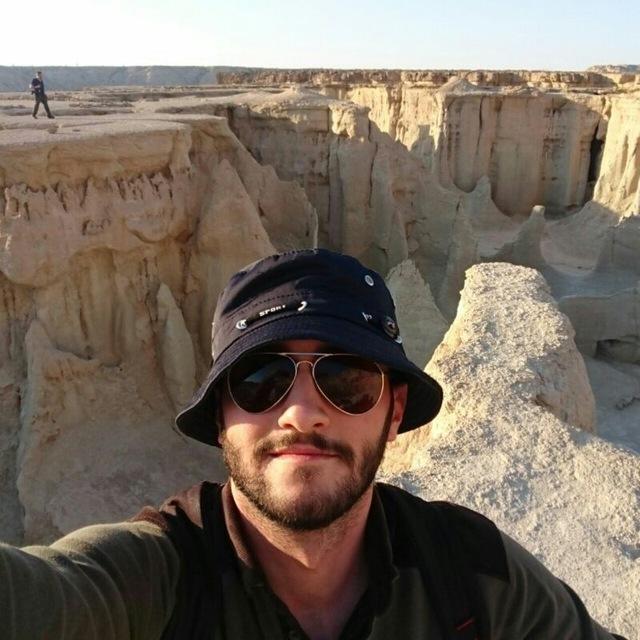